Posted on March 10, 2014 by Katelyn The Journalist 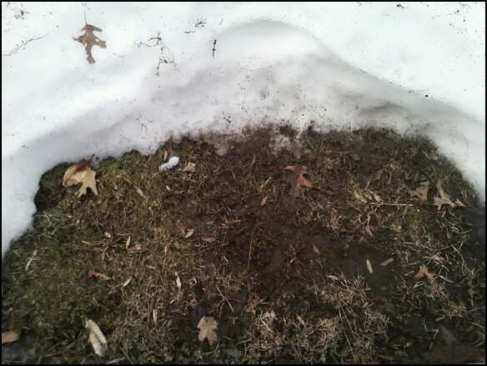 Bald spots are sprouting up upon winter’s head. Their trying to hide it, but this man isn’t fooling anyone. One season is finally receding into another.

Spring is coming to Connecticut, and fighting it is useless. Mother Nature says it’s time to go home. March usually kicks winter out by this month, but its allowed winter some extra days. This week has been a gift to a season that never really sets up camp. Our snow filled months are December through February. That isn’t much time for winter to over stay its welcome.

Goodbyes are especially sad when they last for 9 months, but December will come again before you know it. Although the waiting period can feel stretched out at times, but when it’s over everyone just complains.

Adios amigo. I love you Mr. Winter. Have fun during your trip back home. Get some rest, because I’ll want to hang out next year. Maybe you’ll even come before 2015 hits. We could share some Christmas 2014 cheer. Sometimes you even stop by in November. Until then I’ll have my memories.

Katelyn Avery is a Connecticut based writer, born in 1993. She graduated from Central Connecticut State University in May 2016. As someone who has enjoyed writing since childhood Katelyn is very excited to see where her passion will take her.
View all posts by Katelyn The Journalist →
This entry was posted in Uncategorized and tagged KatelynAvery katelynthejournalist Winter is ending. Bookmark the permalink.