Play On, Play On

Posted on April 25, 2014 by Katelyn The Journalist 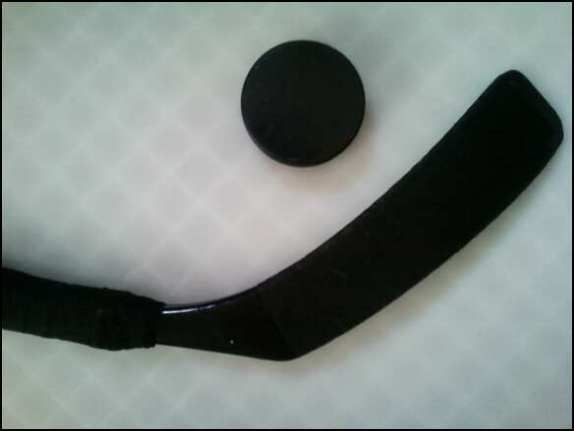 Things break, it’s a part of life. No matter how careful you are, especially when using sports equipment, disaster will strike. Any sport can be affected by a literal break-up. A skater may smash their skateboard because they just couldn’t land that trick, or a baseball player may chuck the baseball as far as he can out of frustration. Similar to an epic home run that ball will be lost forever, well until another kid finds it. There are also accidents and dumb ideas, the kind that crippled my hockey stick.

I was shopping one day when I noticed hockey sticks on sale. I had always wanted one but I didn’t have the $15 for the adult sized stick so I bought child sized one. I was just going to pass with it so its all I needed. Eventually I got a dry land flooring tile to shoot off of, and that’s when it all went south. The dry land flooring tile was great, but my thoughts were clouded.

My cousin Alex and I were taking light shots with the stick, but that didn’t hold our interest for long. We graduated to slap shots, but the stick wasn’t ready for that jump. The stick was just about to break when my cousin took his turn. Alex took a shot and then casually asked “How much was this?” I knew what happened.

I wasn’t mad, because I had caused some damage as well. The stick was also only cracked, and not split in two. Being the resourceful type I didn’t feel my money journey out of my pocket. I didn’t have to buy, I just needed tape.

At first I used my Aunt’s electrical tape. It was the only tape she had on her so it would have to do. When I got home that night I noticed my “healing” shaft was a bit wobbly. I grabbed the masking tape and went to work. My hockey stick was now the owner of a white cast. It was completely “fixed” and ready to play. The following shots didn’t cause much damage because of how much tape surrounded the shaft, but I decided to do some cosmetic work as well. After saving up I was finally able to buy black hockey tape (I only had white tape before that) I applied a new tape job to my blade and I covered up the masking tape. A “cast” is still visible on the hockey stick, but now it’s easier on the eyes.

An injury doesn’t mean a permanent seat on the sidelines. If you work hard, take certain precautions and allow some down time, the game will go on. You will be able to play again.

Katelyn Avery is a Connecticut based writer, born in 1993. She graduated from Central Connecticut State University in May 2016. As someone who has enjoyed writing since childhood Katelyn is very excited to see where her passion will take her.
View all posts by Katelyn The Journalist →
This entry was posted in Uncategorized and tagged Katelyn Avery Katelyn The Journalist Hockey Stick Sports Equipment Broken. Bookmark the permalink.