Posted on January 16, 2014 by Katelyn The Journalist 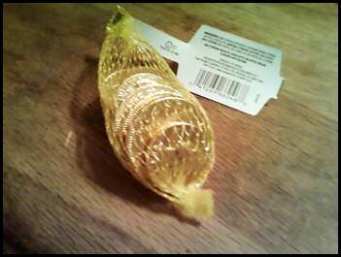 Hanukkah is over and I’m not Jewish, but I still get into the commercialized side of the holiday.  I started this tradition as an elementary school student with my second grade class. It was the 2000-2001 school year and we were learning about religious diversity. One of the Jewish kids and his Mom taught our mostly Christian class how to play dreidel. Everyone tried to win chocolate coins and we sang the dreidel song. The other Jewish kids talked about what they did on Hanukkah, and we listened to the story about the lamp being lit for eight days.

As I grew older I was told that Hanukkah was not the most important Jewish holiday. My friend said it was just over commercialized. Still, Hanukkah held a special place in my heart. I associate the holiday with a time of unconditional acceptance. I was so young, as was the whole class, so we just accepted that not everyone celebrated Christmas, but they still had their own traditions.

Now a 20 year old diversity has lost its flare. I love the word, but society makes it hard to live it out. As I grew older the holidays were all lumped into one season of shopping with Christmas taking the lead. It’s 2014 and I haven’t been able to say Happy Hanukkah or Merry Christmas without knowing the person in years.

On January, 14th my Dad found some chocolate coins on sale, post holiday season, and bought me some. A nice gift to a community college graduate. The gold wrappers might as well be the real deal, because the chocolate inside warmed my heart. They remind me of a happier and simpler time.

Katelyn Avery is a Connecticut based writer, born in 1993. She graduated from Central Connecticut State University in May 2016. As someone who has enjoyed writing since childhood Katelyn is very excited to see where her passion will take her.
View all posts by Katelyn The Journalist →
This entry was posted in Uncategorized and tagged Hanukkah Chocolate Coins second grade 2000 2001 Christian Diversity, katelynthejournalist KatelynAvery. Bookmark the permalink.