Posted on January 18, 2014 by Katelyn The Journalist 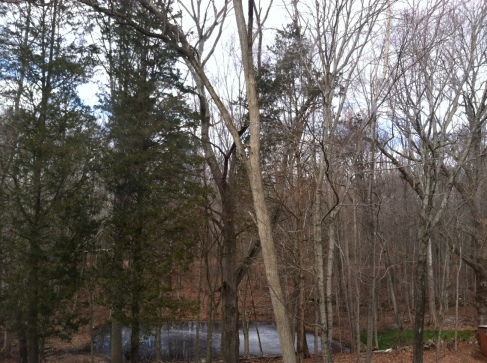 Green conquers white again, but only for the time being. The snow has melted away, but January does not signal the end of Connecticut’s winter.

As much as I enjoy winter the spring jungle makes me smile as well. So many stories lie in those woods. They have nested under rocks, in ponds or next to deer. They can’t be caught by bear traps and even the motocross riders can’t catch them. 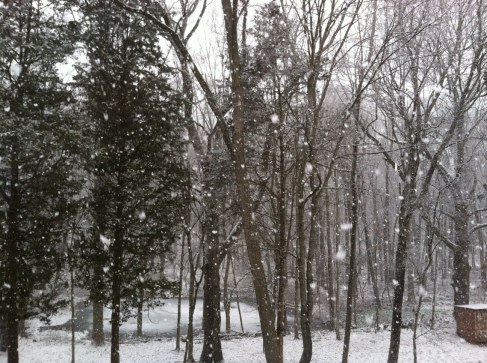 A dusting came today though, fast and hard. Snow falling like hail, but without the temperature to create a home. By 3 pm the melting process had begun. It would seem that spring woke up in the middle of the night and decided to watch some afternoon TV. Winter may want to paint a picture but it will be tough getting spring out of their chair. This safari like scene puts up a fight as winter tries to claim its respective months.

Katelyn Avery is a Connecticut based writer, born in 1993. She graduated from Central Connecticut State University in May 2016. As someone who has enjoyed writing since childhood Katelyn is very excited to see where her passion will take her.
View all posts by Katelyn The Journalist →
This entry was posted in Uncategorized and tagged KatelynAvery, katelynthejournalist, Spring Winter January Connecticut Snow, Trumbull Connecticut. Bookmark the permalink.