Posted on February 4, 2014 by Katelyn The Journalist 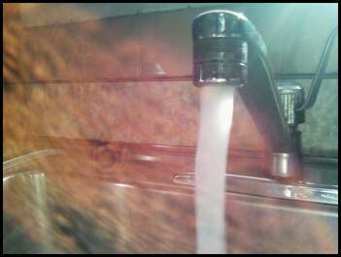 The drought is on in California and my Connecticut based heart is bleeding for them. I’ve never been through a drought so I have no idea what they must be feeling. That privilege makes me grateful every time I turn on the tap.

Water really is a gift but I don’t always remember that. Droughts have happened before in America, and while I felt bad for the affected people, I knew the drought would end soon. This time around the hold still hasn’t been loosened. Worried barely describes how to feel over this situation.

California has been hit hard and its residents are tough. The worst part about their story is that they are not alone. West Virginia residents had their water ripped from them and spit on. A chemical spill made something I enjoy so freely a deadly weapon. A place in America was without drinkable water.  An unimaginable headline for a first world country.

The fear that these two states have gone through is not something I could try to understand. Water has always been available to me, and tap water does count. The faucet drips out more than clear liquid. I cannot honestly say that I will always remember to be thankful for water, but for now I know it’s a miracle.

Katelyn Avery is a Connecticut based writer, born in 1993. She graduated from Central Connecticut State University in May 2016. As someone who has enjoyed writing since childhood Katelyn is very excited to see where her passion will take her.
View all posts by Katelyn The Journalist →
This entry was posted in Uncategorized and tagged California Drought West Virginia Chemical Spill Water America Grateful, KatelynAvery, katelynthejournalist. Bookmark the permalink.