Posted on February 6, 2014 by Katelyn The Journalist 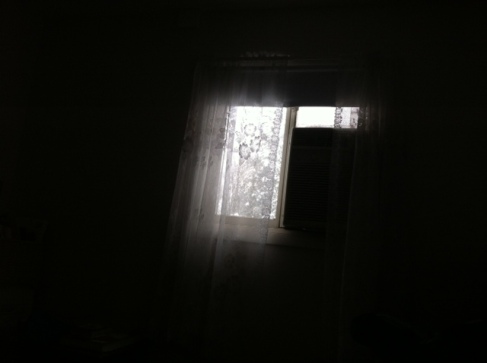 Window to the world. Photo by Katelyn Avery.

“Please, don’t keep me in here” is my only protest. I’m screaming this as the window slides shut. My old life is walking forward without me. Early adulthood depression has taken a liking to me. A first world problem that affects more than just a 21 year old suburban female.

From the end of my senior year to my third semester of community college my friends and I would all meet up on the weekends. Different ages, but we were all under 25. It was a mix of new acquaintances and high school friends who were still in town. We didn’t all know each other but we were connected by different people. Soon enough the new and the old formed into the regular group. We were all friends now.

Some get together’s were co-gender house parties that involved good food and video games. There were also occasional ladies only mall days. We weren’t being sexist though, the guys had their all male video game parties during these trips. We all loved each other’s company, but sometimes you just need a single gender break.

As the ones left behind we were motivated townies. In our parents houses but with jobs, community or local college, or the last years of high school to complete. We were just as busy as the ones who got to go away, but we forced a different community into out busy schedules.

No dorms filled with people from different states for us, but we were meeting new people. We were branching out and made the best of our free time. Now that were getting older free time is becoming harder to create. Some friends have gone into the demanding semesters of their major, transferred schools or moved to a new town. I will be one of the next people to transfer away next fall. The application process needs to be started soon and that deadline has made me nostalgic.

The group and I had heard about how friends drift apart as they grow older. Work, life and all that jazz. Hangouts still happen but not as frequently. Social media sites keep us together but it doesn’t compare to the memories we made face to face. That being said I have no regrets about how often we all saw each other. I don’t have any bad feelings about the friends who went away either. This is what happens to everyone our age, but unlike past generations were not saying goodbye. We’re all young and blessed to live in a computer age.

All of my friends will stay in my life, but it is going to be different now. A new age is coming in my life and I’m not fighting it. These past few chapters in my book are harder to leave behind than my previous life experiences, but its time. Next fall that thought won’t even be a choice. If I end up at the first college I apply to some old friends will be there, but I will need to branch out again as well. Even when I rekindle old friendships a gap of in person time will put us back a few steps.  I’m really not as sad I sound, and I wouldn’t change anything, but it is hard to let go and start again.

Katelyn Avery is a Connecticut based writer, born in 1993. She graduated from Central Connecticut State University in May 2016. As someone who has enjoyed writing since childhood Katelyn is very excited to see where her passion will take her.
View all posts by Katelyn The Journalist →
This entry was posted in Uncategorized and tagged Early Adulthood Depression No Regrets Connecticut Suburbia Busy College Teen Adult, katelynthejournalist. Bookmark the permalink.